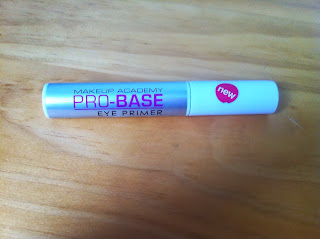 A long time ago (About a year ago) my beloved Urban Decay ran out and instead of doing my usual mad panic dash to Debenhams to pick up another one I instead decided to try a cheaper alternative and ended up going into Superdrug and picking up one from the MUA professional range.  It came in a similar tube to the one pictured above but it was all black.  Anyway..I loved it and it worked just as well as its predecessor Urban Decay and then a couple of months ago that too ran out.  After a month and a half of browsing the shelves of every superdrug in my local area and still not finding that little black tube of perfectness I ended up buying this one in the hope that it was the same product just re-packaged...and that lengthy introduction leads me straight into the review of said Primer. 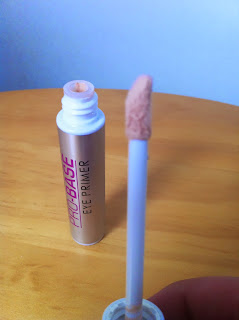 It comes in a screw top tube with a doe foot applicator which makes for easy application.  I apply it to my eye lids and then use my fourth finger to gently spread it evenly all over my lid and up towards my brow bone. 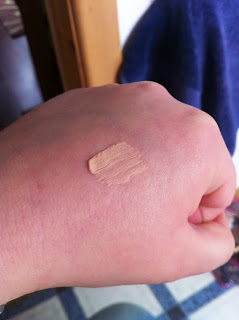 It is a skin coloured paste texture that once blended leaves no colour on your lid just a matte finish ready of eyeshadow application. ﻿

At first glance it looks identical to the one in the previous packaging and works in the same way so my hopes raise a little the first time I tried it.  It works well under powder and cream eyeshadows and enhanced the colours and just over all made eyeshadows look better on the lid.

It wasn't until its first outing (a full work day) that I really noticed that something was different.  The eye primer in the previous black packaging would make my eye make-up last all day with no creasing.  Creasing is a major issue for me as I have oily skin which of course leaves me with oily eyelids.  I noticed when I got home from work that first day that my eye make-up had in fact creased and looked rubbish...this left me more than slightly disappointed but I put it down to the weather. (UK was currently going through the midst of a extreme heat wave and make up was being tested with temperatures in the thirties).

I kept with it and used it religiously every single day.  The weather then cooled and on a couple of days even went down to more normal UK temperatures so the primer got to be tested in circumstances that the previous one would have done me proud it...not this one.  Again it failed miserably and just left me not only disappointed but £15 lighter as I headed out to buy the trust Urban Decay Primer Potion.

What do you think? Any of you use the one in a black tube and now having problems with this one?

MUA if your reading have you changed the formula or does this just happen to be a weird coincidence?