If you read my Christmas gifts blog posts you will know that I was lucky enough to receive some Amazon Kindle vouchers to buy some books.  I went through my list of books I want and carefully chose the books I wanted to buy this time.  I have chosen some books from my long time favourite authors and a couple of books from newly discovered authors.  I will show you the book and type up the information on the book and I will link it for you as well and then if your interested you can go and check it out on Amazon.  I will review each of these books as I finish reading them.  I have split the blog post up into two parts as I didn't want it to get too long and boring so this is part one and part two will follow in a couple of weeks.

Cecelia Ahern
I have loved Cecelia Ahern ever since I read her first book P.S I love you.  I have got all of her books so far, the only one I was missing was this... 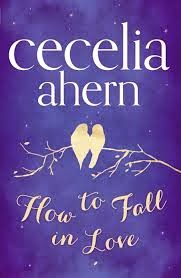 A thoughtful, captivating and ultimately uplifting novel from this uniquely talented author
She has just two weeks. Two weeks to teach him how to fall in love – with his own life.
Adam Basil and Christine Rose are thrown together late one night, when Christine is crossing the Ha'penny Bridge in Dublin. Adam is there, poised, threatening to jump.
Adam is desperate – but Christine makes a crazy deal with him. His 35th birthday is looming and she bets him that before then she can show him life is worth living .
Despite her determination, Christine knows what a dangerous promise she's made. Against the ticking of the clock, the two of them embark on wild escapades, grand romantic gestures and some unlikely late-night outings. Slowly, Christine thinks Adam is starting to fall back in love with his life. But is that all that's happening… ?
A novel to make you laugh, cry and appreciate life, this is Cecelia Ahern at her thoughtful and surprising best.

Trisha Ashley
This is a newly discovered author for me.  I read a couple of her Christmas books over the festive period and loved them so much I couldn't wait to read more by here.  I spent some time reading through the descriptions of all her non-christmas books and finally settled on this one. 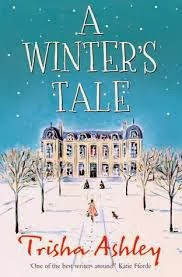 A charming romantic comedy about a hard-up single mum inheriting a stately home – and a host of headaches. The perfect novel for curling up with during the long winter nights.
Sophy Winter is not your typical Lady of the Manor. When she unexpectedly inherits Winter's End – a crumbling mansion in the beautiful Lancashire countryside – it seems like all Sophy's prayers have been answered.
But the house is decrepit and its eccentric inhabitants are a nightmare. And once it is discovered that Winter's End played host to a young Shakespeare, the entire village of Sticklepond becomes curious about Sophy's plans, especially charming Jack Lewis. But is he really smitten by Sophy…or her newly-acquired cash?
Meanwhile, Sophy’s gorgeous head gardener Seth is the strong and silent type. But does his passion bloom for anything beyond the horticultural?

Jane Costello
I discovered Jane Costello about July last year and have only read two of her books, after those two books I knew immediately I wanted to read the rest of her work.  I chose three books so I think now I have them all or certainly close enough to having them all.  The three I bought this time are:-

Samantha Brooks' boyfriend has made a mistake. One his friends, family, and Sam herself know he'll live to regret. Jamie has announced he's leaving, out of the blue. Jamie is loving, intelligent and, while he isn't perfect, he's perfect for her - in every way except one: he's a free spirit. And after six years in one place, doing a job he despises, he is compelled to do something that will tear apart his relationship with Sam: book a one-way flight to South America.


But Sam isn't giving up without a fight. With Jamie still totally in love with her, and torn about whether to stay or go, she has three months to persuade him to do the right thing. So with the help of her friends Ellie and Jen, she hatches a plan to make him realise what he's giving up. A plan that involves dirty tricks, plotting, and a single aim: to win him back.
But by the time the tortured Jamie finally wakes up to what he's lost, a gorgeous new pretender has entered Sam's life. Which begs the question . . . does she still want him back? 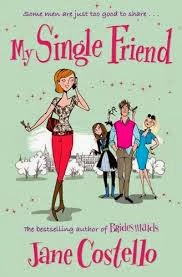 At 28, Lucy is doing well for herself. She's got a great job in PR, her boss loves her, and her best girlfriends Dominique and Erin think she's great. More important than anyone's opinion is that of her flatmate, and oldest friend in the world, Henry. For twenty years they've been inseparable: beauty and the geek. Henry thinks the world of Lucy. So why does she feel the need to lie outrageously on dates? From rock-climbing to Chekov: when it comes to prospective boyfriends, Lucy is compelled to embellish her C.V. with unlikely porkies that always backfire - with hilarious results. Henry can't understand it. Lucy is so loveable: why can't she just be herself?
But when Lucy turns the spotlight on Henry, he wishes he'd never brought it up. With a penchant for jumpers and NHS-style specs, Lucy decides that Henry is in need of a makeover - big time. Enlisting the help of Dom and Erin, it's not long before the girls have Henry out of the flat, and into the Topman changing rooms. A new haircut, contact lenses, a flirting master-class from Dom . . . poor Henry doesn't know what's hit him. But nothing can prepare them for the surprise results! Before long, Lucy realises that their lives will never be the same again. 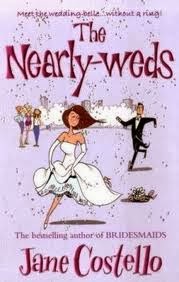 What's the worst thing that could happen to a blushing bride? To somebody warm, loving, and fun - like Zoe Moore? When she finds herself jilted at the altar by her fiancé Jason, Zoe knows she doesn't deserve this heartache and humiliation. Unable to face the pitying faces of her friends and family, Zoe takes drastic action: she flees to America. Specifically, to Boston, where she takes up a post as nanny to five-year-old Ruby Miller and her little brother Samuel.Ruby and Samuel have lost their mother in an accident. They may as well have lost their father, too, for Ryan Miller is so wrapped-up in his grief that he barely notices his two attention-starved children. As Zoe sets about tidying up Ruby and Sam's home, and injecting some fun back into their lives, she finds herself gaining their trust and love. At the same time, Zoe grows more and more frustrated with Ryan's bullying behaviour, and his shameful neglect. Whatever happened to the loving man she keeps hearing about from his neighbours? Zoe can't find any sign of him.The only thing saving Zoe from despair is the small, close-knit group of British nannies who quickly befriend her. There's boisterous Trudie, man-mad but hiding a painful secret; Sloanie traveller Amber, who sports a Buddhist tattoo that, unbeknownst to her, reads 'Batteries Not Included'. And chilly, tight-lipped Felicity, whose cut-glass voice gives little away. But will these new friends be able to save Zoe, when she discovers that the past isn't all that easy to escape, no matter how far you go?

Lucy Diamond
Another new discovery for last year.  As soon as I read my first Lucy Diamond book I knew she was the addition to my all time favourite authors list.  Throughout the year of 2013 I swiftly made my way through the majority of her books leaving me with just three left to purchase and read..so obviously that is what I did and I am now the proud owner of all of her books and am eagerly anticipating her next one.  Keeping with the topic on hand these are the three I purchased:- 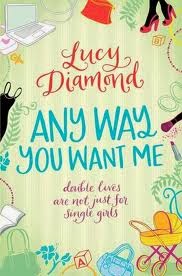 A delightful, funny and sexy novel of motherhood, infidelity and friendship.On paper, Sadie’s got it all – the partner, the children, the house. But in real life, that doesn’t feel quite enough. Sadie can’t help harking back to the time when she was a career woman by day and a party animal by night. And what happened to feeling like a sex kitten, anyway? The only sleepless nights she’s getting now are due to the baby. Maybe a little reinvention is the answer…Sadie can’t resist creating a fictitious online identity for herself as a hot TV producer. It’s only a bit of harmless fun…until truth and fantasy become dangerously tangled. It isn’t long before she’s wondering if the exciting alter ego she has dreamed up really is the kind of person she wants to be after all…Wry, funny and with a wonderful twist in the tale, Any Way You Want Me is an enchanting novel of infidelity, motherhood and friends reunited that heralds the debut of a lovely new voice in fiction. 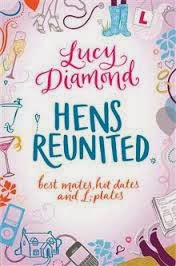 Katie, Georgia and Alice were at each other’s hen nights but now the chickens have come home to roost: their marriages have fallen apart and their friendships have been tested to the limits. Control-freak Katie has become a commitment-phobe – there’s no way she wants to get married again. Is there? Ambitious Georgia always puts her career first. If anyone gets hurt, it’s their look-out – right? And faithful Alice wants to make a fresh start, but can’t get over her cheating ex – and Georgia’s betrayal. Hearts have been broken, and feathers ruffled … can the hens ever be reunited?

Josie, Nell and Lisa go back a long way – they were flatmates, soulmates and best mates back in their twenties when life was one long party. Five years later, things are different. Josie is married with kids in deepest suburbia, free-spirit Nell has travelled the world, and Lisa is on the path to career glory (and the salary Premiership). A reunion weekend in London seems a great idea to Josie . . . until she discovers something which will change the course of her life forever.

That is it for part one of my Kindle Purchases Haul.  Keep a look out for part 2.